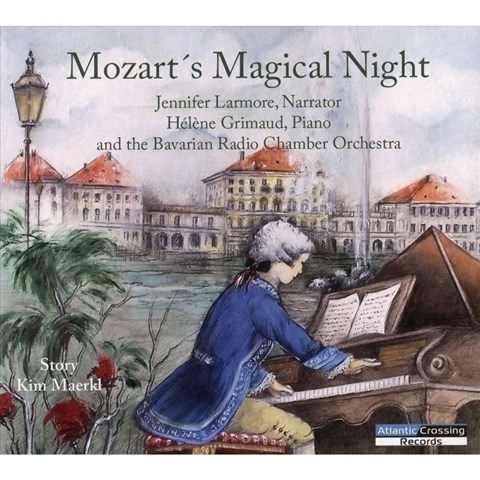 Jennifer Larmore has an unusual task in narrating this story of the young composer Mozart and an evening outing he enjoys in a palace garden. She brings the characters to life, particularly a boy unassuming in his musical prowess and naïve in his knowledge of the natural world and a girl delighting in the transformation that night brings to familiar places, who shares that with the young maestro. Mozart's music is interwoven with the narrative, and herein lies the challenge. Larmore's voice is strong and assertive; the music light, even ethereal. The contrast makes some of the listening moments a bit jarring to the ear. If only there were a better mixing of voice and music--as the story is charming and the music spectacular. A.R. © AudioFile 2015, Portland, Maine [Published: NOVEMBER 2015]