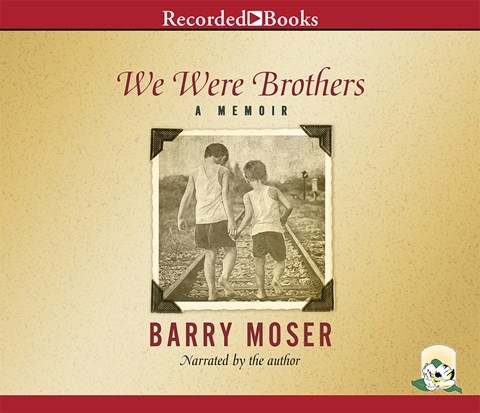 WE WERE BROTHERS A Memoir

Barry Moser, a renowned illustrator, is a gifted storyteller--both as author and narrator. His memoir movingly tells the story of his relationship with his older brother, Tommy. Born and raised in Chattanooga, Tennessee, they went separate ways as adults: Barry left the South and its racist mentality while his brother stayed and maintained his prejudices. The separation resulted in estrangement, and the author tells of their intense verbal and physical battles over the years, which are painful to hear but which draw listeners deeply into their lives. Equally compelling is hearing their spirited letters and phone calls as they later work to reconcile despite their differing beliefs. These differences, they find, are not as vast as they once thought. S.G.B. © AudioFile 2016, Portland, Maine [Published: JANUARY 2016]