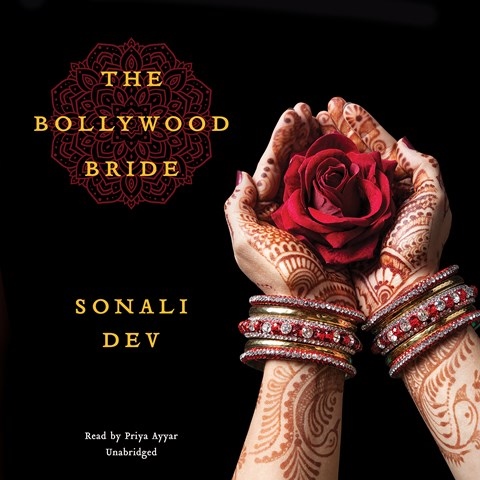 Bollywood film star Ria Parkar travels from Mumbai back to Chicago for the first time in 10 years to attend her cousin Nikhil's wedding. Even for those unfamiliar with the vocal nuances of the Indian community, narrator Priya Ayyar distinguishes with finesse between the uneducated maid, the up-and-coming film hero, the professor, and everyone in between. During the lengthy wedding celebrations, Ria has to face Vikram Jathar, the love of her life--whose heart she broke and life she ruined. Occasionally, the emotional weight of the story causes the narration to drag, but, overall, it's well executed and enjoyable. While this title has a slight connection to Dev's earlier BOLLYWOOD AFFAIR, they don't form a true series. K.M.P. © AudioFile 2015, Portland, Maine [Published: NOVEMBER 2015]