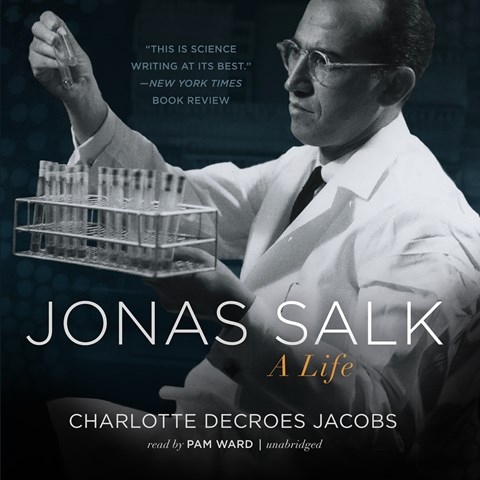 Jonas Salk is generally recognized for his development of the polio vaccine. But he also helped develop the first flu vaccine--he did pioneering work in this area before he turned to polio. As a child, he firmly believed he was destined to do something that would make the world better. Pam Ward offers an engaging narration of this portrait of Salk. The author's journalistic style is eminently suited to audio. Direct quotations are generally short, and attributions are unobtrusive yet effective. For newspaper headlines, Ward lowers the pitch of her voice and adopts a tone of solemnity that is quite effective. The only drawback is the author's overuse of detail, which slows the reading occasionally. Scientific terms are used sparingly, and Ward handles them with ease. R.C.G. © AudioFile 2015, Portland, Maine [Published: DECEMBER 2015]