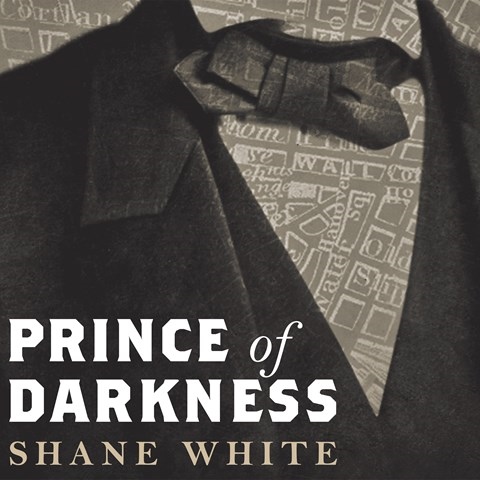 The urbane John Lee skillfully narrates the story of Jeremiah G. Hamilton, who was among the earliest celebrity business tycoons. In the mid-eighteenth century, the free black man outsmarted his white contemporaries with their own shady methods, which earned him their enmity and the nickname "The Prince of Darkness." The bigotry of that time is reflected in Lee's delivery of the words of newspapermen, judges, and immigrant rabble--all of whom considered themselves Hamilton's betters. Lee captures the author's belief that, while successful, Hamilton was a victim of his times, a black man who was not given credit for his achievements but instead was seen as "uppity." This sparkling production brings Hamilton out of the shadows and into the light, where he belongs. D.E.M. © AudioFile 2016, Portland, Maine [Published: FEBRUARY 2016]