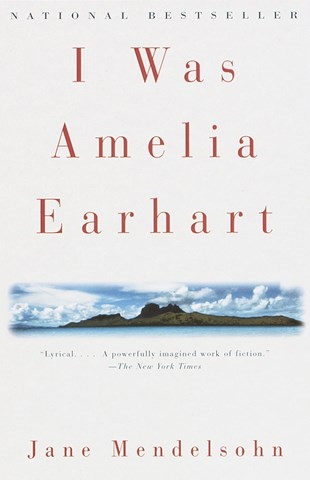 I WAS AMELIA EARHART

Narrator Blair Brown evokes Jane Mendelsohn's view of Amelia Earhart as ethereal, dreamy, self-absorbed, and ambitious. What if Earhart and her navigator, Fred Noonan, got lost and crashed on a tiny island in the Pacific and nicknamed it "heaven"? It's an appealing premise. Brown's voice soars and swoops like Earhart's Electra in the sky as the pair live for years undiscovered and not wanting to be found. It's a pity that the point of view changes continually from first person to third person for no particular reason that the listener can discern. Earhart doesn't seem that likable here. Her first boyfriend accuses her of being "intimately heartless," and Brown's fine performance captures that exact essence. A.B. © AudioFile 2016, Portland, Maine [Published: APRIL 2016]