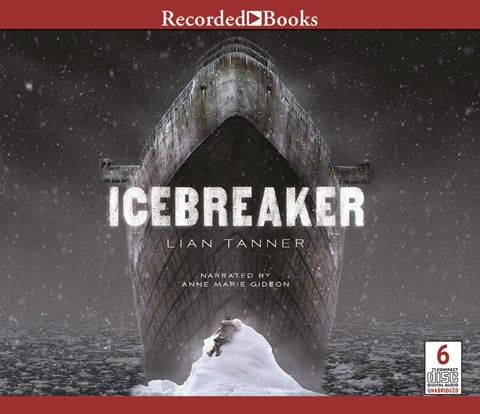 Ann Marie Gideon expertly narrates this mystery, set entirely aboard the ship OYSTER, which has been sailing a frozen ocean for 300 years, causing its crew to devolve into three tense factions. Gideon's depiction of each character is so unique that listeners can easily identify what tribe each belongs to: Braid, for officers; Grease, for engineers; or Dufftown, for kitchen staff. As Petrel, who has no caste and only two talking rats for friends, Gideon's tone expresses independence and conviction. The rescue of a boy on the ice causes a wave of suspicion to permeate the ship. But Petrel befriends him and tries to provide protection. Gideon has a special gift for rendering the layers of tension, suspicion, and fear penned by Tanner into a spine-tingling audio production. M.F.T. © AudioFile 2015, Portland, Maine [Published: DECEMBER 2015]