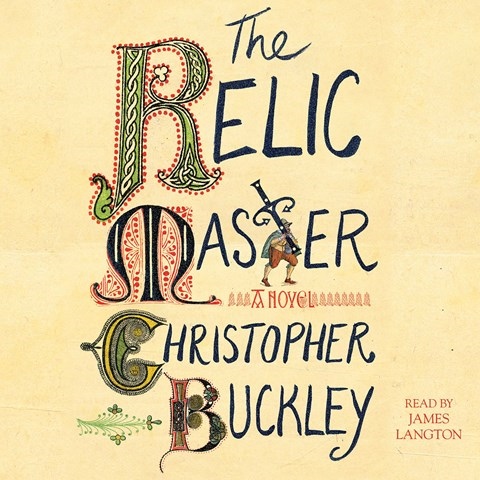 With a refined British accent, James Langton brings to life some vivid and curious characters of the early sixteenth century. Buckley's novel gives well-known historical figures of the time, including Frederick, ruler of Saxony, and Cardinal Albert, archbishop of Mainz, some quirky fictional exploits. Dismas, an honest relic hunter, sets out on an unexpected adventure when dire circumstances wipe out his wealth and his friend, the famous artist Albrecht Dürer, convinces him to try his hand at fake relics. Langton carries the narrative portions of the audiobook well with strong projection and great pacing. His pronunciations of German, Latin, and other languages roll smoothly into the story. His character voices are unique, consistent, and well chosen in tone. L.E. © AudioFile 2016, Portland, Maine [Published: JANUARY 2016]