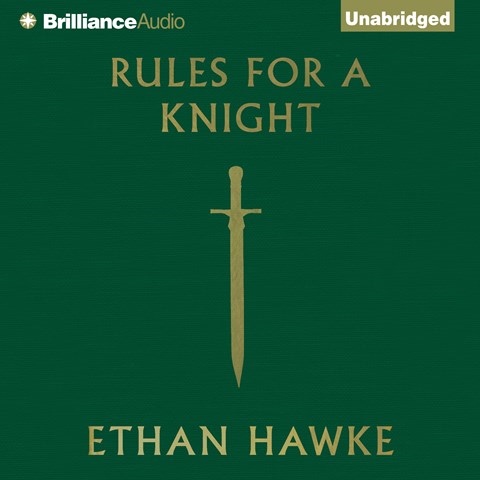 RULES FOR A KNIGHT

Here are 20 rules, aimed at a young knight or lady, for living a good and moral life. Alessandro Nivola’s soft, cultured voice delivers the rules, along with stories and examples that illuminate them. On the eve of battle in 1483, a knight writes a long letter of guidance and stories for his children. Listeners may be familiar with the morals and values, which are from Western and Eastern philosophy, but incorporating them into one’s life is more difficult than simply knowing about them. Nivola uses grandfatherly tones—melodious, deep, and enchanting—to draw listeners in. Using lyrical tones, he BECOMES the knight who writes his timeless advice for his sleeping heirs. The rules conclude with a sonorous recitation of “Ballad of the Forty-four Pointed Red Deer,” which is equally didactic. M.B.K. Winner of AudioFile Earphones Award © AudioFile 2016, Portland, Maine [Published: JANUARY 2016]