Home»Reviews»ANNA AND THE SWALLOW MAN 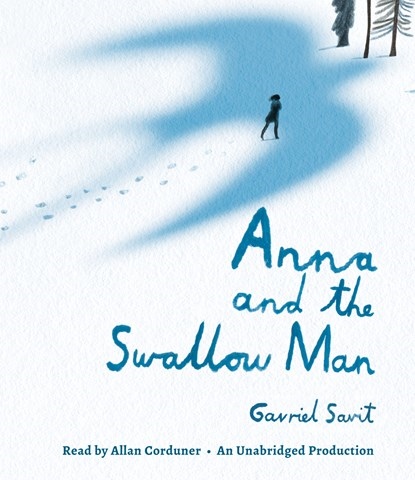 ANNA AND THE SWALLOW MAN

Allan Corduner’s deep voice pairs well with the graceful, intelligent prose in this mesmerizing account of a girl whose life in Krakow, Poland, is altered forever by the encroaching horror of WWII. Seven years old when her father, a professor, is taken by the Nazis and too young to fend for herself, Anna is taken under the wing of the Swallow Man, an enigmatic stranger who teaches her “the ways of the road.” Crisscrossing the countryside, hiding from Germans, Russians, and Poles, the two oddly matched yet infinitely well-suited travelers are joined for a time by a Jewish musician, whose firmly held beliefs of right and wrong set the stage for an exploration of the morality of self-preservation. Corduner’s elegant, discreet voicing and measured pacing keep listeners focused on the three main characters in a wrenching coming-of-age story that will appeal to adults as well as thoughtful mature teens. S.G. Winner of AudioFile Earphones Award © AudioFile 2016, Portland, Maine [Published: JANUARY 2016]