Home»Reviews»LIFE AND DEATH IN THE ANDES 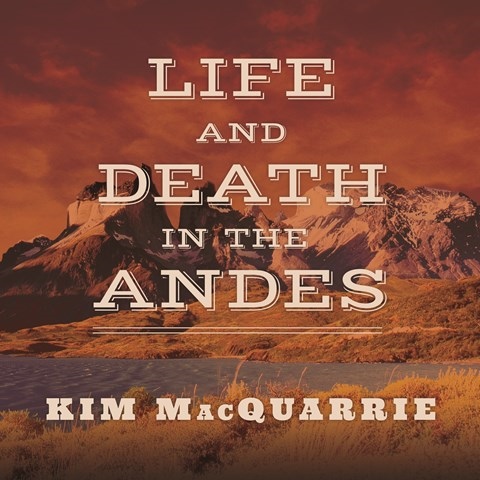 LIFE AND DEATH IN THE ANDES On the Trail of Bandits, Heroes, and Revolutionaries

MacQuarrie's tales of traveling in search of history begin in Colombia and trace the spine of the Andes until it disappears into the sea at Tierra del Fuego. Jonathan Yen is a skilled audiobook performer. Many of the stories involve well-known people--Pablo Escobar, Thor Heyerdahl, Charles Darwin, and Che Guevara. This audiobook is a collection of stories, not a single narrative. Only geography and the narrator hold it together. Yen's upbeat, slightly nasal delivery is always easy to follow. His pacing is excellent, although his Spanish pronunciation is uneven. Even in the second decade of the 21st century, the cultural fabric of South America remains a mystery to most North Americans. MacQuarrie provides an engaging antidote to ignorance. F.C. © AudioFile 2016, Portland, Maine [Published: FEBRUARY 2016]