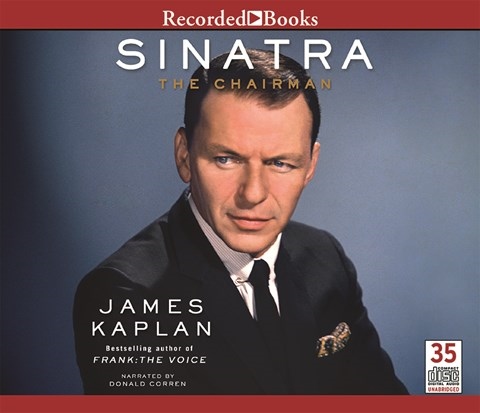 This sequel to Kaplan's earlier biography, FRANK: THE VOICE, joins the numerous commemoratives that are appearing as Sinatra's birth centennial is celebrated. If there's a theme in this work, it is found in the portrait of Sinatra as a deeply flawed genius. The book is exhaustively researched but depends upon a myriad of earlier published sources. Donald Corren assumes an appropriately relaxed and deliberate pace, but otherwise disappoints. While delivering many mispronunciations, Corren provides no sense of drama or enthusiasm for the vibrant subject. Though clear and understated, his performance does not reflect this fascinating, detailed--though highly negative--examination of Sinatra--the man and the legend. W.A.G. © AudioFile 2015, Portland, Maine [Published: DECEMBER 2015]