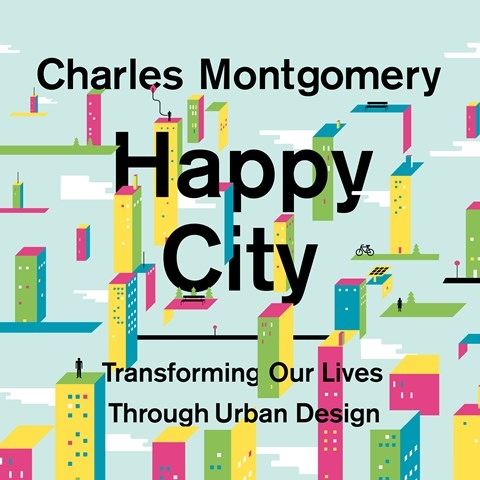 Conventional wisdom has it that urban trees and bushes make for danger zones behind which the bad guys can hide. But the reality is that greenery actually reduces crime, increases oxytocin levels (the "bliss hormone"), and adds to a sense of human connectedness. That's just one of the myths dismantled in this informative audiobook, read by Patrick Lawlor with a friendly, transparent delivery. As the author globetrots from Bogota to Copenhagen to Amsterdam, Lawlor adds local color by providing accented voices, and we learn about surprising innovative urban experiments. For example, Paris was once considered too difficult for most citizens to manage by bicycle, but in less than a decade, the city's successful Vélib' bike system has resulted in more than 170 million two-wheeled journeys. Don't be fooled by the title, this isn't a bright-sided manifesto for city planners. It's a Freakonomics-style explanation about why we often make the wrong decisions about living spaces and how we can fix them. R.W.S. © AudioFile 2015, Portland, Maine [Published: DECEMBER 2015]