Home»Reviews»THE ONLY STREET IN PARIS 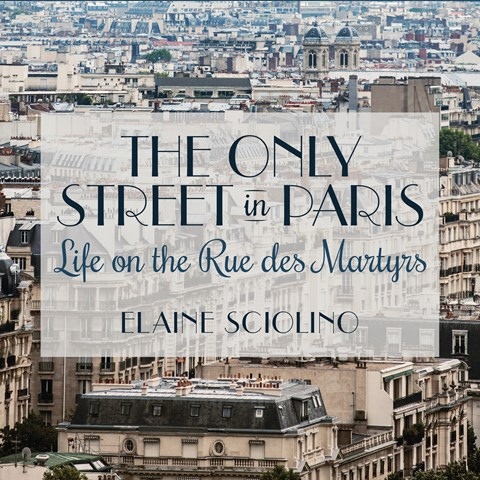 THE ONLY STREET IN PARIS Life on the Rue Des Martyrs

Elaine Sciolino pays homage to her favorite street in Paris, the Rue des Martyrs, in the 9th arrondissement, visiting all its vendors. An American living in Paris, she's proficient in French, but with an American accent. In this sense, she's perfect for performing her own memoir--who else could strike that exact balance? Without hesitation, she skips through all the French place names and people. She also researches the history of the martyrs. Did St Denis carry his head for a few steps after being beheaded? Or is it just the street of married men? As a reporter, Sciolino knows where to place emphasis for maximum effect in her writing. Sadly, this isn't the case in her narration, so some of these moments are lost. A.B. © AudioFile 2016, Portland, Maine [Published: APRIL 2016]