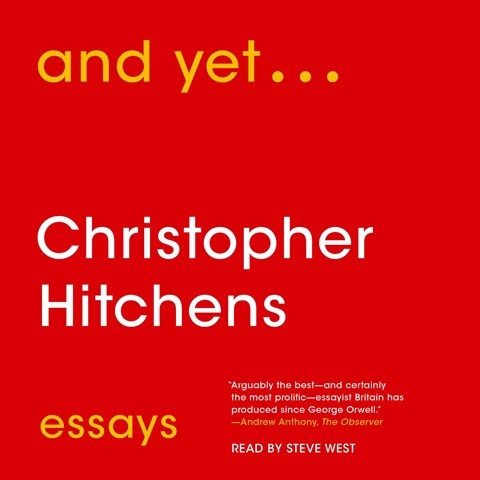 Steve West doesn't quite channel Christopher Hitchens in his fine narration of Hitchens's essays, but he has adopted enough of the author's idiosyncrasies that the voice becomes almost unsettlingly familiar. Listeners who know Hitchens from the readings he completed before his death will recognize, in particular, his irregular phrasing. The essays themselves are classic Hitchens--contrarian, erudite, well researched, opinionated, and sometimes infuriating. He devotes perhaps too much time to disassembling the reputation of G.K. Chesterton, but even that is amusing and informative. Other subjects range from Christmas (against) to Orwell (for) to self-improvement (mixed feelings). West sounds as though he owns the text and wants us to understand and share its truths. D.M.H. © AudioFile 2015, Portland, Maine [Published: DECEMBER 2015]