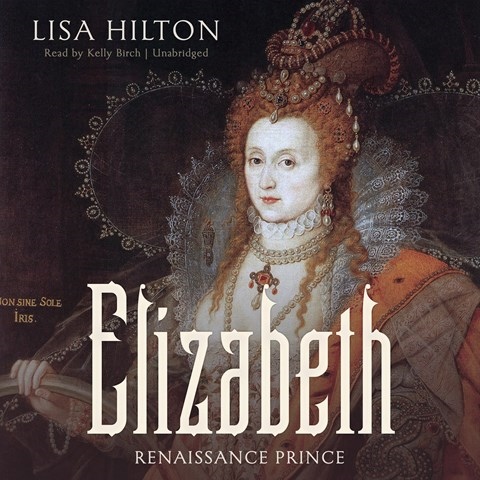 The birth-to-death reconstruction of one of one of history's most remarkable lives, here rendered so gracefully into voice, engages both the mind and the imagination--no matter how well you already know Elizabeth I's story. Kelly Birch's narration sets a standard for the Queen's English, and soon you can expect to be talking about the "re-nay-saunce," and dropping your "r's" from "girl" and "world." Hilton sees Elizabeth I in the Machiavellian pattern of the Renaissance prince, portraying her methods and policies as the complicated interplay between her gender, her personal history, and the conventions of her time. Her depiction is persuasive, and, as a glance at the array of biographies of Elizabeth already available on audio will show, such a multifaceted personality invites an array of narrative perspectives. D.A.W. © AudioFile 2016, Portland, Maine [Published: MARCH 2016]