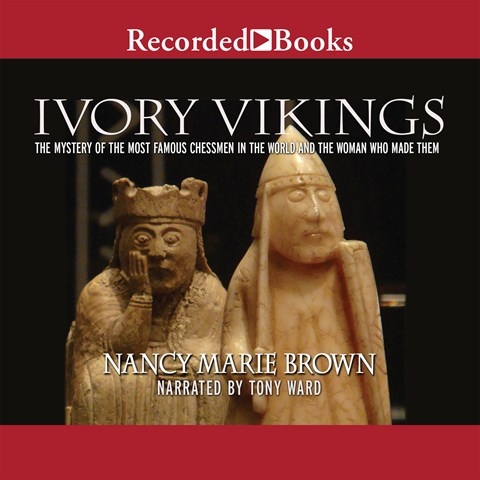 The Scandinavian vocabulary in this work might have intimidated many narrators, but Tony Ward appears to have been capably coached in its pronunciation. Still, Ward's narration is mostly workmanlike, adding little energy to this challenging text about the iconic Lewis Chessmen, carved from walrus ivory in the Middle Ages and discovered in 1831. The problem here is not a lack of research, or any shortcomings in the prose. On the contrary, Brown's knowledge of the Viking era is clearly extensive, and she writes with clarity and wit. However, the sagas and other historical sources ultimately tell us little about the chess pieces themselves and even less about the "woman who made them," and the promise of the subtitle is never really fulfilled. D.B. © AudioFile 2016, Portland, Maine [Published: FEBRUARY 2016]