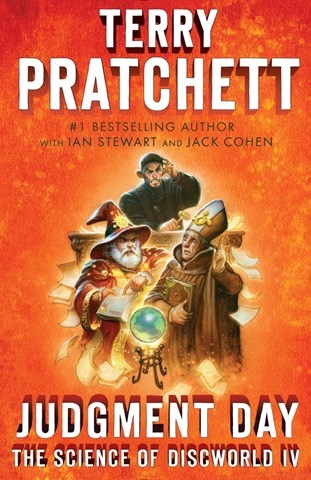 Longtime Discworld compatriots and narrators Michael Fenton Stevens and Stephen Briggs once again make complicated science accessible and fun in this fourth installment of the SCIENCE OF DISCWORLD series. Here reproductive biologist Jack Cohen, mathematician Ian Stewart, and satirist and much deeper thinker than you'd think Terry Pratchett take on the beginnings of the cosmos, how the world might end, and the building blocks of life (RNA and DNA). Plus, a number of wizards, librarians, and even an orangutan make appearances. But in the end, it's the sounds of absolute glee and discovery, along with charming English accents, that Stevens and Briggs bring to the proceedings that make these books irresistible. B.P. © AudioFile 2016, Portland, Maine [Published: SEPTEMBER 2016]