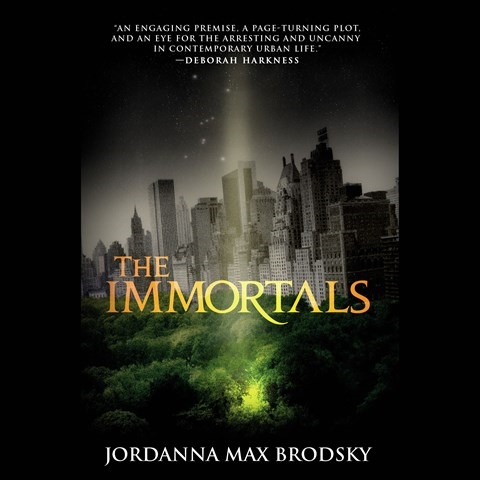 It's not unusual in Greek myths for the gods and goddesses to mingle with mortals, and this mystery set in New York City carries on that tradition. Jordanna Brodsky is obviously as comfortable narrating as she is writing. She infuses Selene (aka Artemis) with attitude and strength that will one hopes will be sustained as this trilogy unfolds. She passes the narration back and forth with Robert Petkoff, who gives voice to the classics professor who is certain he holds the key to the ritualistic murder that has takes place and can help to prevent more murders. Both narrators maintain the energy and intensity of their narrations throughout. J.E.M. © AudioFile 2016, Portland, Maine [Published: JUNE 2016]