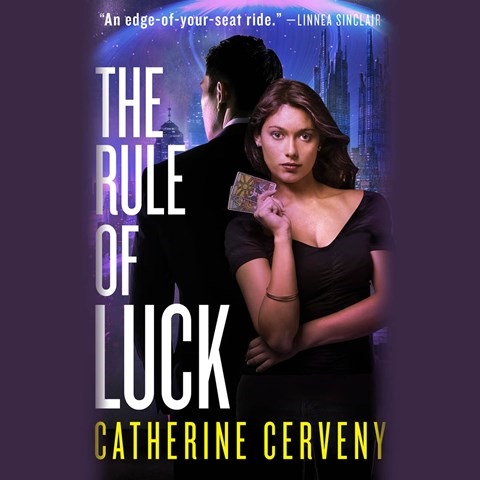 THE RULE OF LUCK A Science Fiction Romance

Looking for your next great futuristic romance listen? This may be it. Narrator Helen Wick introduces listeners to a future Earth where humans live under the strict rules of One Gov. Tarot card reader Felicia Sevigne breaks those rules just once, and her world explodes. Wick gets listeners inside Felicia's deepest desires and her reliance on her instincts to guide her future. Felicia's ally, Russian crime boss Alexei Petriv, sports a delicious accent and a voice that is at once stony and passionate. Secondary characters in Alexei's organization stand out in Wick's narration as forces to be reckoned with and major annoyances to Felicia's conscience. Always in danger, Felicia must force herself to work with those she cannot trust. Unfortunate mispronunciations of "consortium" and "cavalry" should be corrected. C.A. © AudioFile 2016, Portland, Maine [Published: MARCH 2016]