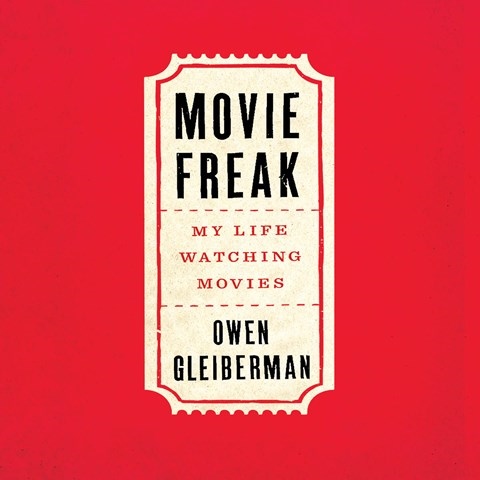 Film critic Owen Gleiberman narrates his memoir with a candidness that reinforces the frankness of his writing. His tone is serious but intellectually lively as he explores his early film obsessions and the development of his career, much of which he spent as the lead film critic at ENTERTAINMENT WEEKLY. Gleiberman is better at talking about movies than people, or interacting with them, for that matter, but he earns listeners' empathy by not equivocating or rationalizing his behavior. Gleiberman contrasts the stages of his life with a chronicle of cultural changes, bringing emotions ranging from anger to acceptance to his account of the rise of the Internet and its impact on criticism and media as a whole. Thought-provoking listening for fans of film and pop culture. A.F. © AudioFile 2016, Portland, Maine [Published: MAY 2016]