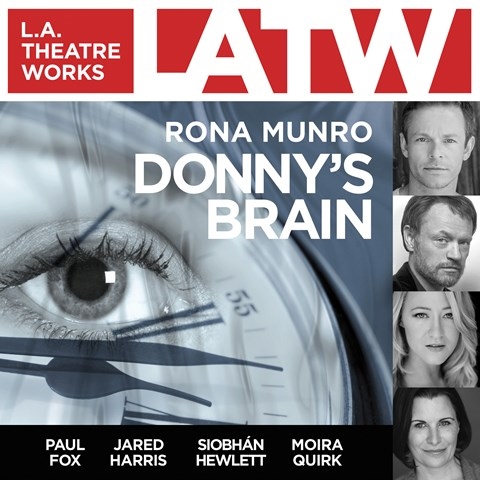 A man is involved in a devastating automobile accident. Memory loss and surgery are involved. He's making progress, but he can't remember anything more recent than three years ago. He's stuck in time. British acting standouts Jared Harris ("Fringe") and Sophie Winkleman (THE CHRONICLES OF NARNIA), along with Irish newcomer Siobhán Hewlett, are off to the races with Scottish playwright Rona Munro's play. Her crackling, insightful dialogue illuminates Donny's former wife (whom he can't remember) and current girlfriend (whom he also can't remember)--both of whom can't help but feel that Donny has become an entirely new person. DONNY'S BRAIN is a special production of the LA Theatre Works Relativity Series, which encourages science-themed plays, but it's the human voices inside and outside Donny's head that make this story special. B.P. Winner of AudioFile Earphones Award © AudioFile 2016, Portland, Maine [Published: MARCH 2016]