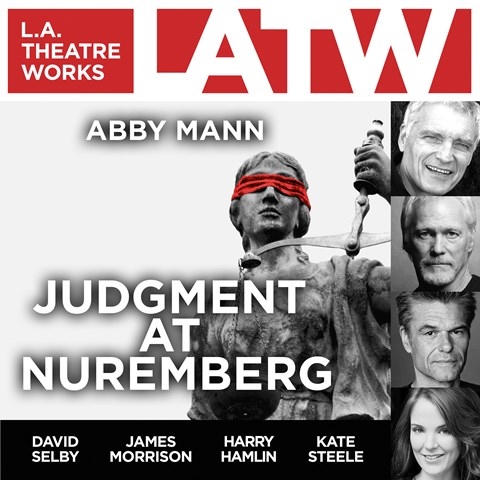 Opening with the tone and energy of a 1940s newsreel, the narrator sets the stage: WWII is over, and the first trials of high-ranking Nazi officials have concluded, with 12 men sentenced to hang and seven others sentenced to life imprisonment. But what to do with the 177 generals, diplomats, doctors, and lawyers who helped carry out the Nazis' crimes against humanity? With a cast that includes talented newcomers (Ryan Vincent Anderson) and seasoned veterans (Harry Hamlin), L.A. Theatre Works presents this tense and absorbing fictionalized account of the subsequent tribunals, which lasted until 1949. The final scene between the American judge and a German defendant who asks for "understanding" remains penetrating and timeless: No man can be innocent who sends innocents to their graves. Powerful listening. B.P. © AudioFile 2016, Portland, Maine [Published: MAY 2016]