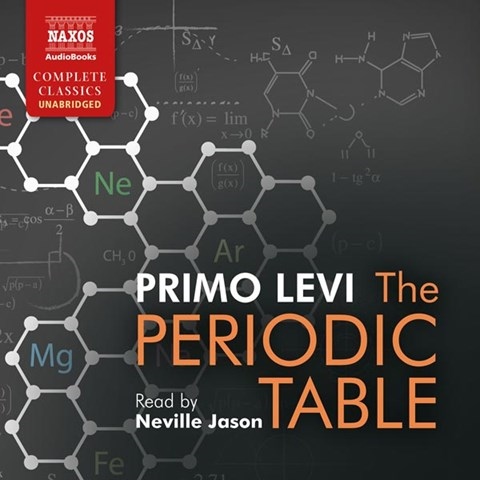 Narrator Neville Jason brings a soothing tone to Primo Levi's collection of autobiographical and fictional short stories. Set during WWII, Levi's stories demand breadth, and during the more emotional and extreme episodes, Jason delivers with aplomb. In particular, he handles Levi's description of his capture by SS guards with sensitivity. However, one is disappointed by his delivery of Levi's many descriptions of his scientific experiments. Jason doesn't quite capture the excitement and fervor of the text, a shortcoming that is occasionally coupled with impurities in the qualities of audio. However, he excels during Levi's intelligent and otherworldly fictional passages, to which Jason lends an aphoristic character. This is an audiobook packed with wisdom, and, in spite of some dull moments, Jason manages to inject Levi's work with charm and poignancy. Z.S. © AudioFile 2016, Portland, Maine [Published: OCTOBER 2016]