Home»Reviews»THE FIREBRAND AND THE FIRST LADY 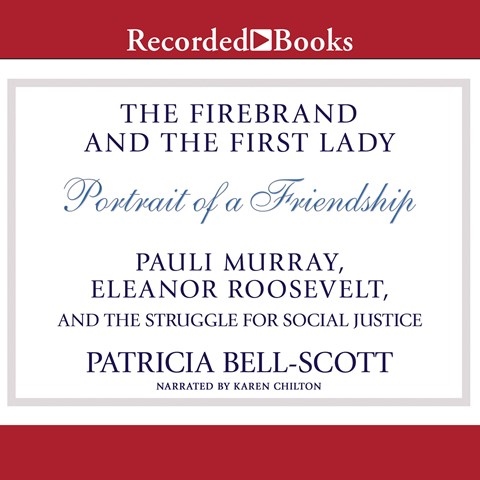 THE FIREBRAND AND THE FIRST LADY Portrait of a Friendship: Pauli Murray, Eleanor Roosevelt, and the Struggle for Social Justice

Karen Chilton gracefully narrates this fascinating account of the unlikely friendship between Eleanor Roosevelt and African-American activist Pauli Murray. Chilton's blend of dignity and passion is suitable to recount their remarkable relationship, which persisted over decades despite daunting challenges and vastly different stations in life. Initially encountering each other during the Depression, when the first lady visited the work camp for unemployed women where Murray resided, they discovered their mutual respect, which developed mostly through letters in which they shared their zeal for social justice. Both vigorously championed rights for people of color and women, but Murray was radical while Roosevelt was gently persistent. Chilton breathes life into the many eloquent letters between the two women, who were both gifted at articulating their political visions with inspiration and beauty. N.M.C. © AudioFile 2016, Portland, Maine [Published: MAY 2016]