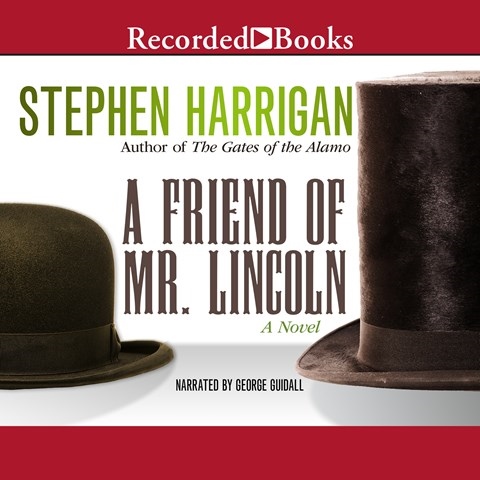 A FRIEND OF MR. LINCOLN

Narrator George Guidall turns in a fabulous performance, bringing emotional depth and technical excellence to this story. Abraham Lincoln is now a cultural as well as political icon, as evidenced by films, TV programs, and this audiobook, which reimagines Lincoln’s life from 1832 to 1840. The story is told from the point of view of Lincoln’s fictional best friend, Cate Weatherby, who sees an ambitious, thoughtful, possibly depressed young man begin to form into what will later become a towering intellect and compassionate national leader. Guidall knows just where to pause and vary his voice to capture the moment and give us something to think about. He also seems to be invested in the book, bringing a fictional Lincoln vividly to life. R.I.G. © AudioFile 2016, Portland, Maine [Published: JUNE 2016]