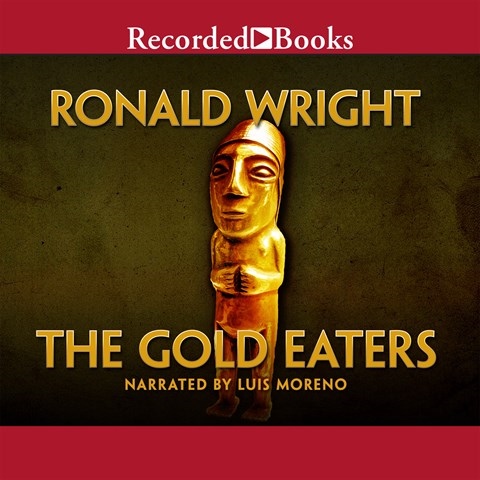 This chronicle of the decline and fall of the Incan empire is seen through the eyes of one boy turned man. Waman is the character at the center of the story, and narrator Luis Moreno shows his evolution from a naïve boy who runs away to see the world to a world-weary man who has been tossed about on the seas of history. Waman is reluctantly trained to translate for the Spanish invaders of Peru, led by Francisco Pizarro, and, in doing so, encounters a string of Incan rulers. Moreno flawlessly pronounces phrases in English and Spanish as well as the names of geographic sites and historical figures. This story is a tragedy, with the Spaniards' transmission of smallpox wiping out a great civilization. As Waman, Moreno is a knowledgeable guide to those long-ago troubled times. D.E.M. © AudioFile 2016, Portland, Maine [Published: NOVEMBER 2016]