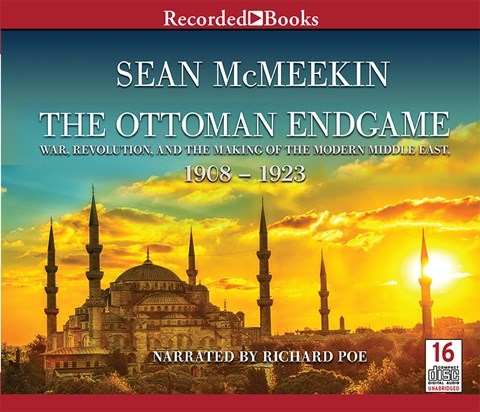 THE OTTOMAN ENDGAME War, Revolution, and the Making of the Modern Middle East, 1908-1923

Richard Poe's steady narration draws listeners into this complex history of the Middle East--from the first word to the last. The discussion spans the rise of the Ottoman Empire more than 600 years ago through its long decline in the late nineteenth and early twentieth centuries. A diverse cast of political and religious characters is discussed in Poe's rich tones. Turkic, Arabic, Greek, and European languages and names flow effortlessly. His fluid narration provides astute pauses that allow the listener to think about the concepts and historical events surrounding the decline of the Ottoman Empire, the Sick Man of Europe, and the rise of modern Turkey. M.B.K. © AudioFile 2016, Portland, Maine [Published: JANUARY 2016]