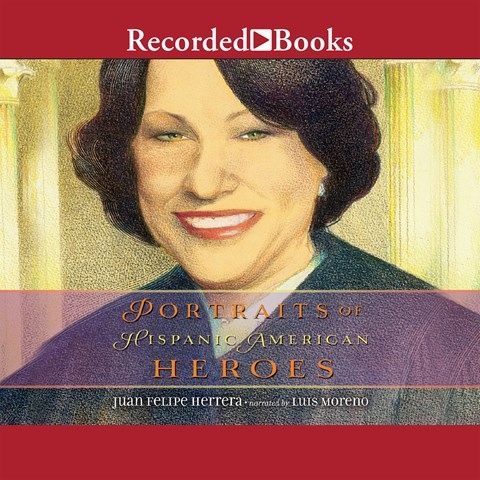 Luis Moreno is a firm and unflagging narrator. As each story of a Hispanic-American unfolds, Moreno lets it tell itself, but he's at the ready with emphasis on a little-known fact of the person's life or a far- reaching deed--for example, the naming of Galveston Bay, or the humanitarian efforts of Roberto Clemente. Listeners will meet, among others, the first Mexican-American woman to run for Congress, a Spanish sailor who aided in the American Revolution, a Nobel Prize- winning physicist and an astronaut, a Supreme Court justice, and a teacher who is remembered for her devotion to students in Sandy Hook, Connecticut. With clear enunciation and a varied tone, narrator Moreno invites listeners to consider the determination and accomplishments of these Hispanic-Americans. A.R. © AudioFile 2017, Portland, Maine [Published: MARCH 2017]