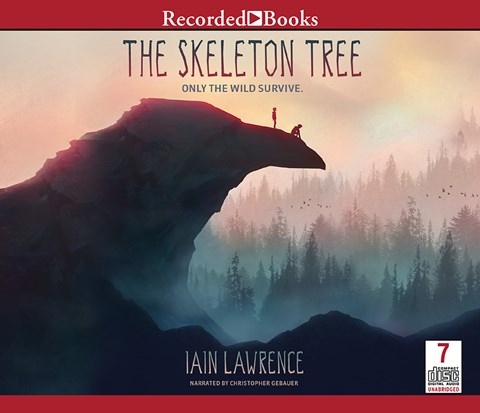 Narrator Christopher Gebauer captures 12-year-old Chris's youth and innocence as he flies to meet his "daredevil" Uncle Jack for a sailing adventure down the Alaskan coastline. Chris's naïveté contrasts sharply with Gebauer's portrayal of the ship's other passenger, Frank, a sullen and cocky 15-year-old. Almost immediately, Gebauer introduces the other crucial element of the narrative--its breakneck pace. Within minutes, Chris is plunged into the sea as the boat sinks, his uncle is swept away, and he must save the sulky boy. The contrast Gebauer establishes between the boys serves well as they survive harsh elements, roaming grizzlies and wolves, and the strangeness of a haunting tree filled with coffins and hidden secrets. S.W. [Published: JANUARY 2016]