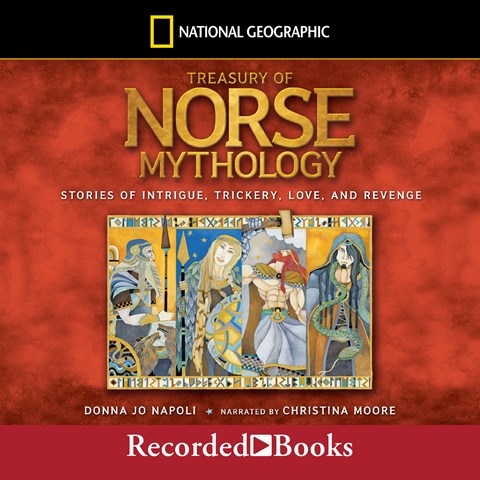 Christina Moore is an unobtrusive narrator. She lets these stories of Norse gods and goddesses--stories that are often involved and convoluted--tell themselves. Her voice is pleasing to listen to and evenly modulated, her elocution precise, and she even takes out-of-the-ordinary Norse names in stride. Thus, she affords listeners the time to engage with the adventures. And such adventures there are! Odin, Thor, Freya, and the Frost Giants are all active. Yggdrasil, the Tree of Life is tended; poetry is nurtured by Bragi; shape-shifter Loki works his tricks. Based upon Snorri Sturluson's THE PROSE EDDA, the stories span time from creation to Ragnarok, the final battle. For the factual asides, concluding timeline, and who's who of Norse mythology, Moore switches to a matter-of-fact style. A.R. © AudioFile 2016, Portland, Maine [Published: JUNE 2016]