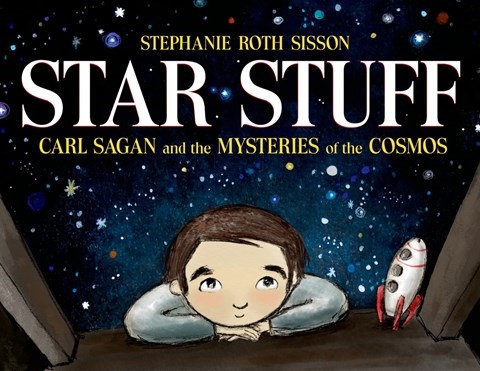 STAR STUFF Carl Sagan and the Mysteries of the Cosmos

Peter Berkrot energetically narrates the story of Carl Sagan’s love affair with the stars and outer space. In 1939, a young Sagan visited the World’s Fair, an event that ignited his sense of wonder about the universe. Berkrot’s enthusiastic tones express Sagan’s boundless curiosity, a force that took him to the library, deep into science fiction, and, ultimately, to his position as a renowned scientist who worked on various Voyager missions exploring outer space. The playful music included in this production particularly enhances the story. Also fun to hear are the greetings in many different languages that were sent into space as part of the Voyager missions. Young listeners may be inspired to follow in Sagan’s footsteps while considering their own place in the universe. J.C.G. © AudioFile 2016, Portland, Maine [Published: AUGUST 2016]