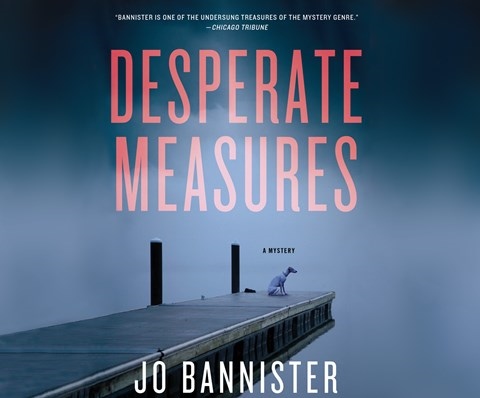 Jane Copland narrates this third Gabriel Ash mystery with the compassion and subtle humor it deserves. When Ash, a security analyst for the British government, tackles the challenging job of dealing with Somali pirates who are hijacking cargo ships, he becomes a victim himself when his wife and two sons are kidnapped. Copland skillfully portrays Ash's desperation and gratitude when rookie cop Hazel Best helps him--at a cost to herself. Several fascinating subplots, along with the detailed police work that accompanies a complicated crime, are equally well rendered. Listeners will most enjoy Polish landlady Mrs. Popakovich, whose "tough kindness" is admirable and streetwise, and Saturday, a homeless kid whom Best befriends. Many other appealing characters as well--including Patience, a dog--make this mystery particularly engaging. S.G.B. © AudioFile 2016, Portland, Maine [Published: APRIL 2016]