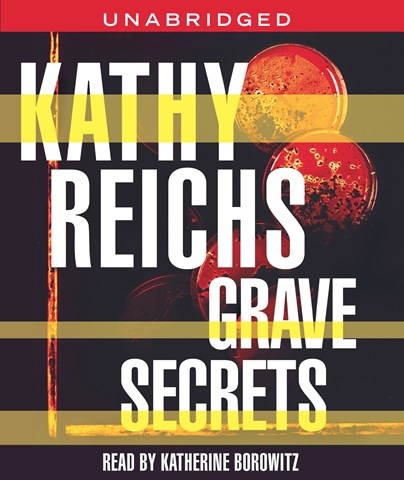 The secrets uncovered by anthropologist Tempe Brennan have the chilling reality of true crime, and Reichs’s ability to set scenes with careful detail makes this medical thriller particularly unsettling. The unlikely locales of Guatemala and Montreal provide interesting contrast. Narrator Katherine Borowitz’s facility with the various accents places each of the characters as she moves the story through its intriguing twists of human rights issues, forensic science and government corruption. Borowitz is masterful with the banter between the detectives, Canadian and Guatemalan, and Brennan. She switches easily between the accents without a miss. Listeners will have a hard time turning this off before the final clues are revealed. R.F.W. © AudioFile 2002, Portland, Maine [Published: OCT/ NOV 02]