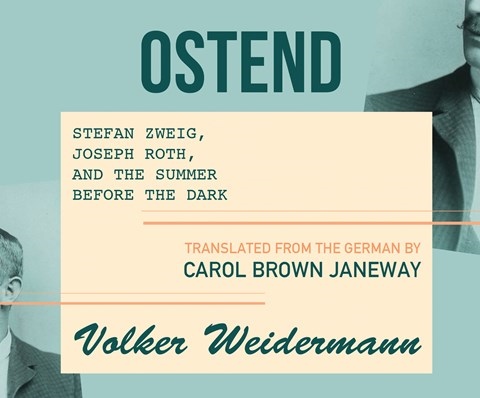 In 1936, the quaint Belgian seaside resort of Ostend became a refuge for many Austrian-Jewish artists and writers, including Stefan Zweig and Joseph Roth, as they quietly tried to stay one step ahead of the rise of Nazism in their homelands. British narrator Dennis Kleinman reads this brooding and atmospheric tale of "the summer before the dark" with the intense immediacy created by its present-tense prose. He's especially good at reflecting these writers' immobilizing disbelief that their urbane literary world would soon collapse. The accomplishments of Jewish culture in the 1920s and '30s have often been lost in the maelstrom and devastation of the Holocaust and WWII. Perhaps this audiobook may inspire a renewed interest in two of most popular authors of the prewar era. B.P. © AudioFile 2016, Portland, Maine [Published: MARCH 2016]