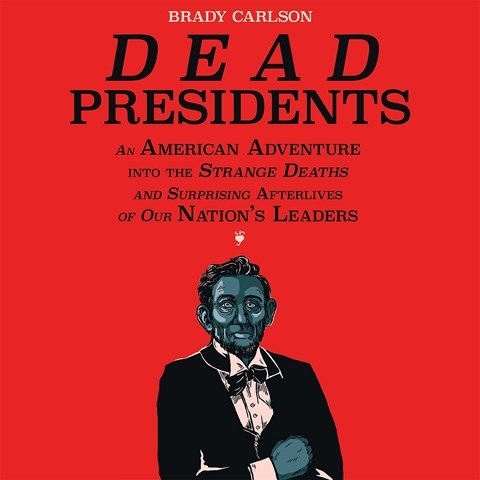 This book chronicles the deaths, funerals, and sometimes curious posthumous details of American presidents. It’s often more like a travelogue, written in the first person, than a work of history, and Tom Zingarelli’s narration makes it seem like he’s telling the stories, rather than just reading. His style is engaging and just lighthearted enough to match the tone of the material. He pauses naturally, giving listeners a chance to digest the sometimes bizarre and often humorous or ironic historical tidbits. But he takes a more serious tone in the solemn and serious passages, treating them with the respect they and the late presidents deserve. Overall, the book is informative and entertaining, made more so by Zingarelli’s reading. R.C.G. Winner of AudioFile Earphones Award © AudioFile 2016, Portland, Maine [Published: APRIL 2016]