Home»Reviews»THE GIRL IN THE RED COAT 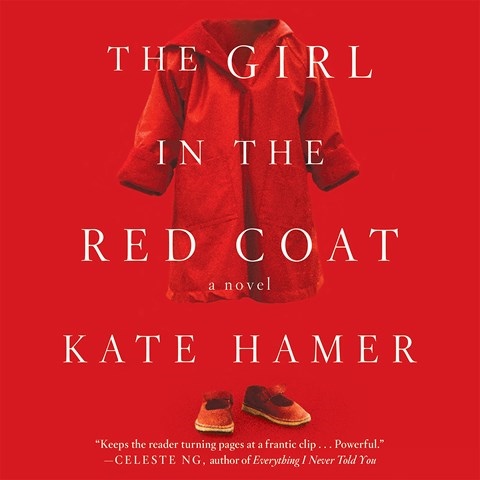 THE GIRL IN THE RED COAT

A little girl goes missing, and her mother is frantic. Narrator Antonia Beamish masterfully portrays the rising drama between Carmel and her mother. The listener is hanging on to every word from the moment Carmel is taken away by her grandfather, from whom her mother is estranged. Beamish maximizes the innocence of Carmel's perspective as a precocious child, and tension increases as the search for her continues. As the story alternates between the points of view of mother and daughter, Beamish moves smoothly between the two perspectives. She demonstrates her dexterity as she balances the characterizations of a confused child and a panicked mother. This story holds the listener in its thrall from start to finish. Beamish's performance is an example of the theatrical possibilities of audio titles. M.R. Winner of AudioFile Earphones Award © AudioFile 2016, Portland, Maine [Published: APRIL 2016]