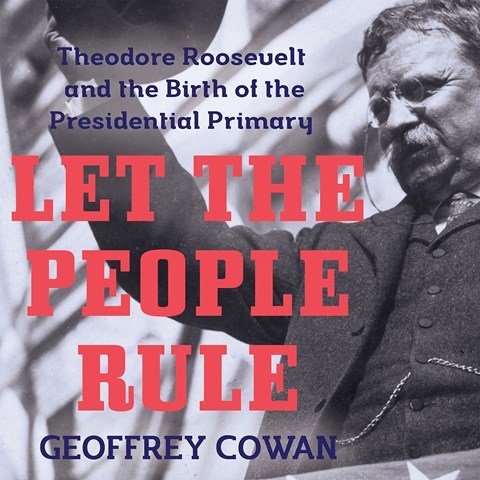 The Republican Party is in chaos as it approaches its national convention, and a colorful, unpopular candidate appears to be a shoo-in for the nomination. Sound like today's headlines? Actually, this happened in 1912. With a television anchor's skill, narrator Joe Barrett explains that the unwanted candidate who split the Republican Party in two was (former) President Teddy Roosevelt. His opponent for the nomination was President William Howard Taft. In the end, Roosevelt's actions gave the election to the Democratic candidate, Woodrow Wilson. Modern-day political junkies will be shocked to learn that presidential politics were just as corrupt and complicated 100 years ago as they are today. Barrett manages to keep the dozens of real-life characters straight in this story, which shows the birth of the primary election system. M.S. Winner of AudioFile Earphones Award © AudioFile 2016, Portland, Maine [Published: APRIL 2016]