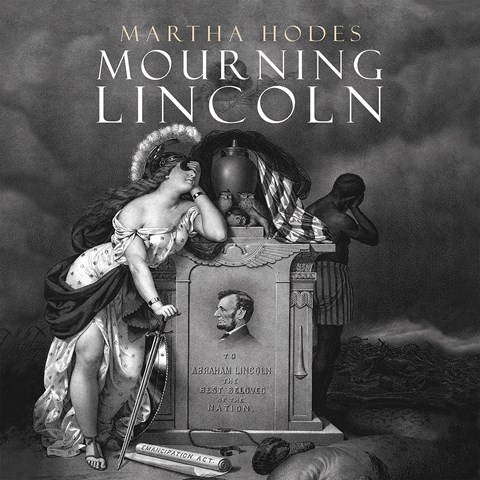 As the audiobook opens, narrator Donna Postel re-creates the dialogue from the stage of Ford's Theatre as President Lincoln sits in the audience. Soon, she immerses listeners in the charged atmosphere right after the infamous shooting of the president by John Wilkes Booth. The sense of shock and sadness in her voice helps listeners relate the tragedy to modern ones such as the World Trade Center attack and President Kennedy's assassination. The author concentrates on "a profusion of real-time sentiments," as written in 1865. She also considers aspects such as the slow flow of the news and the collection of relics associated with the death, gradually expanding those sentiments and observations into an audiobook portrait of a divided post-Civil War America. J.A.S. © AudioFile 2016, Portland, Maine [Published: MARCH 2016]