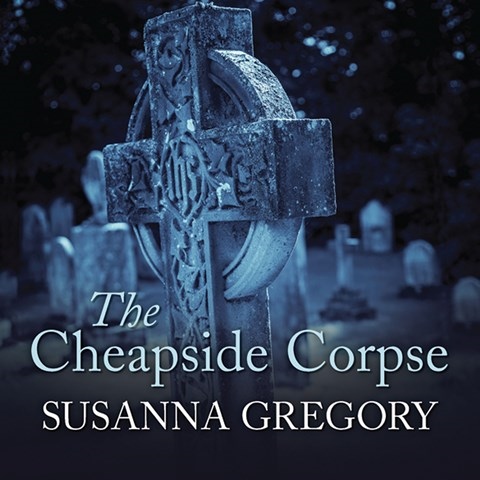 Gordon Griffin takes on the convoluted narration of Thomas Chaloner's tenth investigation in Charles II's Restoration London of 1665. As an intelligencer, or spy, Chaloner investigates the death of Dick Wheler, one of several violent moneylender/goldsmiths; the rise of ruthless bankers Rich Taylor and Backwell; and the sudden death of French spy Georges DuPont. Griffin seamlessly shifts from an unaccented narration to brusque, measured tones for Chaloner. He uses subtly different accents for each tradesmen and servant from the varied neighborhoods of London. While Chaloner travels the length and breadth of London investigating the deaths, he struggles to settle the staggering debts incurred by his wife, Hannah, as a lady in the queen's court. Griffin's performance plunks listeners into the heart of a London challenged by debt, intrigue, and the plague. M.B.K. © AudioFile 2016, Portland, Maine [Published: MARCH 2016]