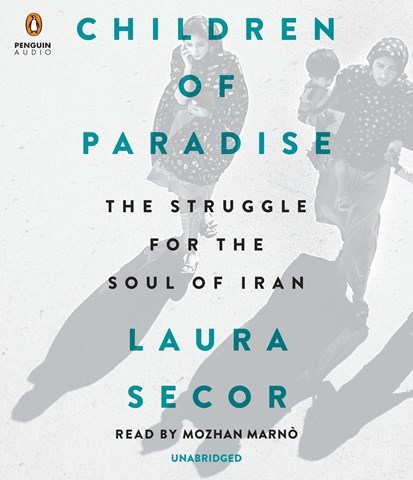 CHILDREN OF PARADISE The Struggle for the Soul of Iran

Recently, the nation of Iran has been involved in so much human struggle that it seems nearly impossible to capture it all in one book. Iranian-American actress Mozhan Marno gives this work the feel of a documentary or a lengthy news report. Somehow, Secor manages to disclose the depth of the fight of Iran's freethinkers and free-speakers--as well as the consequences of their plight. Marno's voice deftly carries listeners along the sometimes torturous accounts of Iranian life over the past 37 years with a stoicism befitting a head of state. At times, there are didactic inflections that take the listener out of the story, but these are rare. Overall, this is an excellent listen for those curious about the passion of Iran's reformers, who continue to speak their truth despite the almost certain dangers. R.A. © AudioFile 2016, Portland, Maine [Published: MARCH 2016]