Home»Reviews»ABE LINCOLN AND THE SELFIE THAT SAVED THE UNION 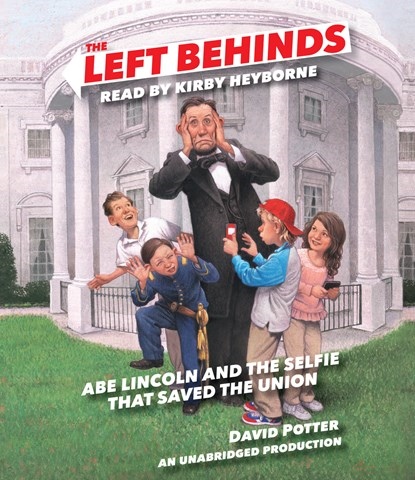 ABE LINCOLN AND THE SELFIE THAT SAVED THE UNION The Left Behinds, Book 2

Kirby Heyborne’s voice is youthful and his narration full of urgency. Both are a perfect fit for this novel of young 21st-century sleuths who travel through time (using the “iTime” app on their phones) to prevent their nemesis from altering the course of the Battle of Gettysburg. Heyborne voices all the amazement of 12-year-old Mel when he finds himself in 1863 Washington, D.C.. Heyborne gives him a tone of casual nonchalance as he remarks on oddities like the telegraph machine and echoes his completely flummoxed tone when he spots approaching Confederate horsemen. Heyborne switches between characters with aplomb—from Mel’s sleuthing partner, Bev, to a dignified President Lincoln and a blustery Pinkerton employee—never losing the forward momentum of the story. With the approach of the final day of battle, listeners will be on the edge of their seats. A.R. © AudioFile 2016, Portland, Maine [Published: JANUARY 2016]