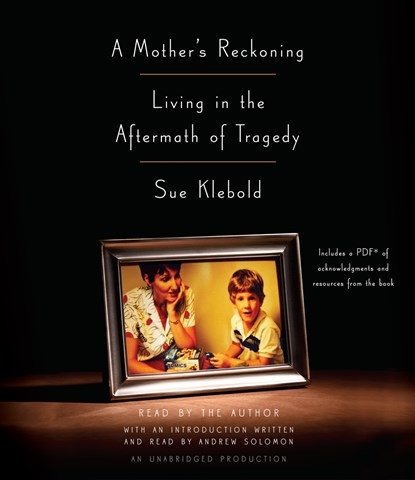 A MOTHER'S RECKONING Living in the Aftermath of Tragedy

Sixteen years after the Columbine High School massacre, the mother of Dylan Klebold, one of the two killers, delivers a riveting memoir, made all the stronger in Sue Klebold's fine narration. From the start, when she gets a frantic call from her husband that gunmen are at the school, her urgent tone pulls listeners into the shocks to come. Months later, when evidence at the sheriff's office dashes their slim hope that Dylan might have been coerced, Klebold matter-of-factly repeats the chilling chronology of the boys' crimes, conveying her hate of what her son did even as she loves the boy he had been. And at the end, her call to remove the stigma from "brain illness"--so troubled children can get help--comes through loud and clear. P.G. © AudioFile 2016, Portland, Maine [Published: APRIL 2016]