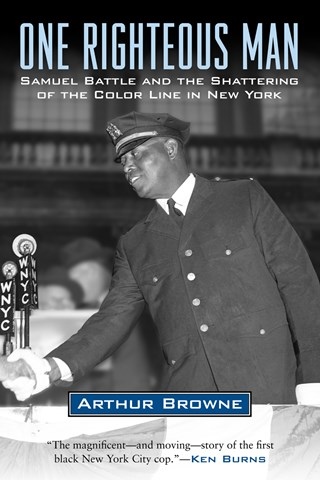 Narrator Dominic Hoffman's deep, raspy voice guides listeners through the ever-changing world of Samuel Battle, the first African-American policeman in New York City in 1911. His biography proves a fascinating lens through which to explore race, urban life, and the monumental shifts in American culture in the first half of the twentieth century. Hoffman's cadence and emphasis draw out the stark contrasts of Battle's life as he struggled to maintain justice in a society that denied him equality in the eyes of the law. Hoffman adds the right amount of emotion and deliberation to capture Battle's challenges and triumphs. A strong narration and compelling story make this entire production a powerful experience. L.E. © AudioFile 2016, Portland, Maine [Published: JANUARY 2016]