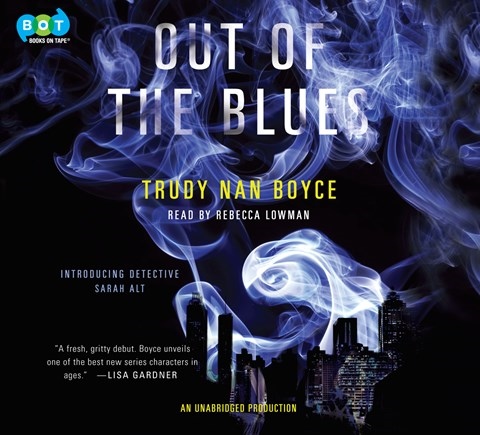 OUT OF THE BLUES

Rebecca Lowman's narrative skill shines in Boyce's debut police procedural, set in Atlanta. A new homicide detective known as Salt investigates the cold case of a blues musician she knew as a child. As she digs deeper, the case is reopened, based on testimony from a man she put in prison. Lowman provides a solid performance with good timing and emotional appeal. She's best when she relaxes into the character of Salt, whose life is full of emotional trauma. Lowman keeps the disparate voices distinct, although a gruff male voice seems forced. With a solid debut and a commanding narration, listeners should hope for a sequel from Boyce and Lowman. M.L.R. © AudioFile 2016, Portland, Maine [Published: MARCH 2016]