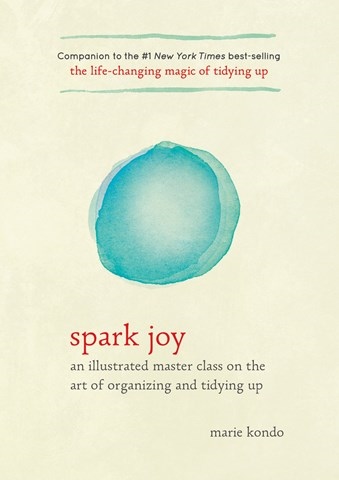 Sumalee Montano’s soothing narration beautifully complements Japanese organizing expert Marie Kondo’s Zen-like approach to decluttering homes. This sequel to her global blockbuster, THE LIFE-CHANGING MAGIC OF TIDYING UP, offers detailed steps on how to tidy and organize one’s home, including instructions on how to fold and store clothes and other items—one of the author’s signature skills. Montano’s calm voice exudes the peaceful and contemplative mood that is necessary for successful decluttering. Her purposeful pacing and pauses convey the typical participant’s’ hesitation or bewilderment as he or she decides which items to keep and which to discard. A subsequent lightness in Montano’s tone marks the participant’s eventual sense of relief at saying goodbye to items that do not—as Kondo says—“spark joy.” M.F. Winner of AudioFile Earphones Award © AudioFile 2016, Portland, Maine [Published: JANUARY 2016]