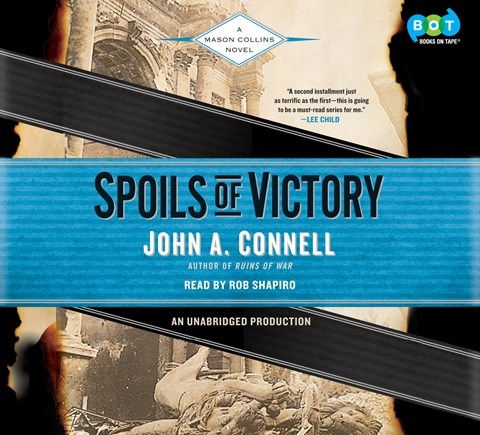 by John A. Connell | Read by Rob Shapiro

Narrator Rob Shapiro returns as the voice of Mason Collins in the second of a series set in post-WWII Germany. Mason, a U.S. Army criminal investigator, pursues a secretive gang whose members may include high-ranking U.S. Army and former German SS officers who control the black market in Garmisch. While Shapiro's deep, resonant voice complements the action, inconsistencies in the narration weaken the performance. Long pauses between sentences, inconsistent voices during dialogue, and shifting accents all distract from the audio experience. Despite these flaws, Shapiro can shine; his characterization of a good old boy officer and a train station rendezvous are strong, and his overall tone helps overcome the structural weaknesses of the story. M.L.R. © AudioFile 2016, Portland, Maine [Published: MAY 2016]