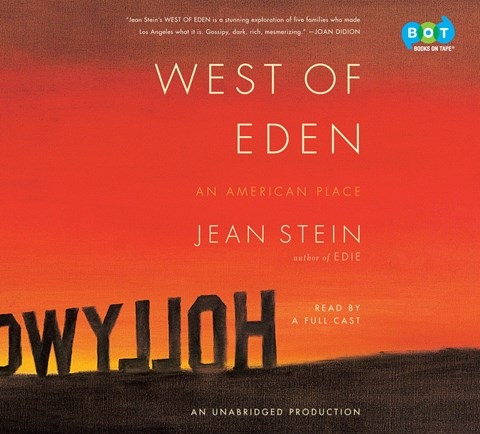 WEST OF EDEN An American Place

This confusing and confounding mélange of brief essays by famous Californians attempts to tell the stories of everyday people who were thrust into a prominence that created a particular Western ethos familiar to many Americans. Those featured include the Dohenys, who were influential in business and politics, and the Warners, who helped create the movie industry, as well as reporters and chroniclers of their time. The large cast performs earnestly and professionally, but with so many narrator voices and so many narrative sources, the work lacks an explanatory framework for the listener. The author, who is the daughter of Jules Stein, who founded the famous MCA Talent Agency, examines her father's transformation from a dentist to a Hollywood giant, but, sadly, confusion reigns throughout the production. W.A.G. © AudioFile 2016, Portland, Maine [Published: APRIL 2016]