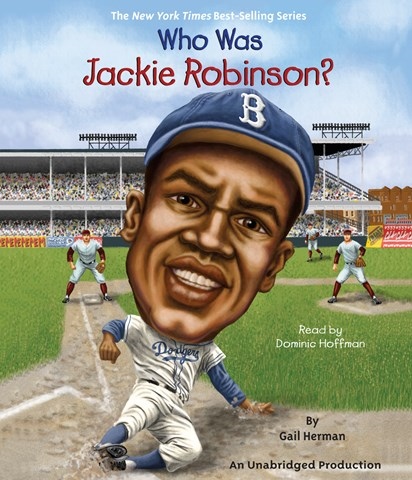 WHO WAS JACKIE ROBINSON?

Narrator Dominic Hoffman's restrained delivery is appropriate to the many facets of Jackie Robinson. Examining his life, both in and out of sports, this biography offers insightful glimpses into the brutal Jim Crow laws of his early years; Negro league baseball, in which Robinson spent some time; and the many Civil Rights events of his day. Hoffman movingly tells the story of Robinson's mother, who moved her five children from Georgia to California on a week-long train journey after her husband abandoned them. Equally compelling is the grace under fire Robinson displayed as he faced physical and verbal abuse when he broke baseball's color barrier in 1947. Listeners will notice that Hoffman's narration intensifies as Robinson becomes more outspoken about equality for all, well beyond the ball park. S.G.B. © AudioFile 2016, Portland, Maine [Published: FEBRUARY 2016]