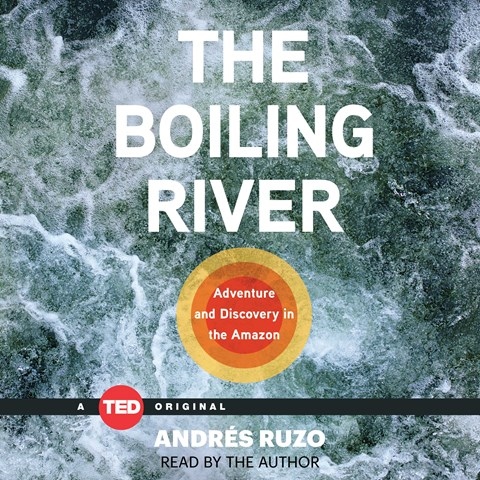 THE BOILING RIVER Adventure and Discovery in the Amazon

Although Ruzo is not a professional narrator, he does a spectacular job performing his own book, which he tells the story of his search in the Peruvian Amazon for the "boiling river" of his grandfather's stories. Ruzo is a young geologist committed to bridging the gap between scientific thinking and indigenous Amazonian culture. His story is complex, troubled, but ultimately hopeful. Along the way, he meets wonderful characters. As narrator, he has a command of Spanish and Quechua pronunciations. He infuses his story with his knowledge, enthusiasm, and commitment to preserving what remains of the fast disappearing natural and cultural treasures of the rain forest. F.C. © AudioFile 2016, Portland, Maine [Published: MAY 2016]